Everything you have ever secretly thought about dating, romance, marriage, lovers, husbands, wives and in-laws, but were afraid to admit.

This celebration of the mating game takes on the truths and myths behind that contemporary conundrum know as ‘the relationship.’ Act I explores the journey from dating and waiting to love and marriage, while Act II reveals the agonies and triumphs of in-laws and newborns, trips in the family car and pick-up techniques of the geriatric set. This hilarious revue pays tribute to those who have loved and lost, to those who have fallen on their face at the portal of romance, to those who have dared to ask, ‘Say, what are you doing Saturday night?’ Source

I Love You, You’re Perfect, Now Change will run for approximately 1 hour and 45 minutes including a 20 minute interval.

The performance dates and times are: 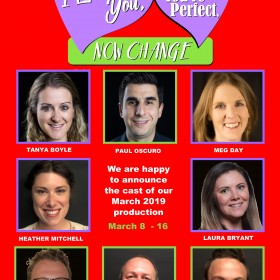 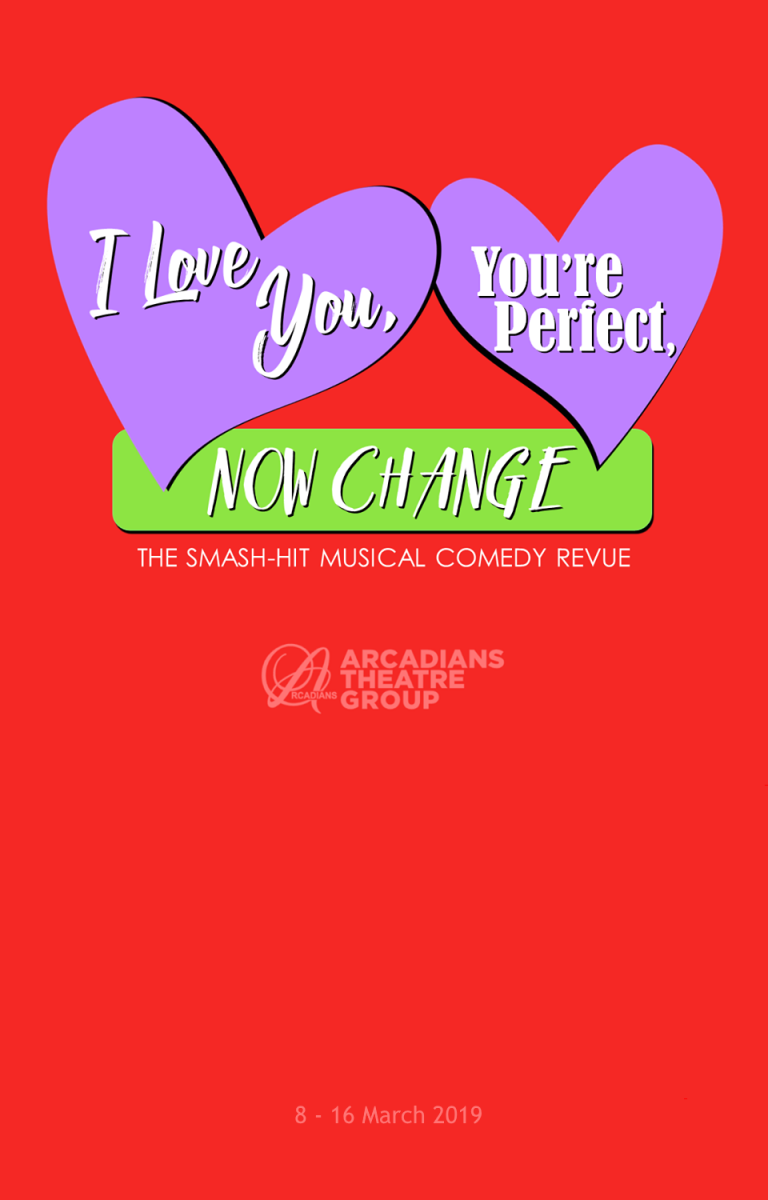