DOGFIGHT is the first book musical by Benj Pasek and Justin Paul, the song writing team who have just won the Tony Award for their Broadway sensation ‘Dear Evan Hansen’ and Academy Award Winners for their work on the movie musical ‘La La Land’.

Dogfight which is based on the 1991 film starring River Phoenix, won the 2013 Lucille Lortel Award for outstanding musical is about to set the Miner’s Lamp Theatre stage ablaze this November with its bittersweet story and haunting score.

The story is set in 1963 San Francisco, the day before the John F. Kennedy assassination. Marines Boland, Bernstein and Eddie Birdlace are best buddies who are shipping out tomorrow for the as-yet-little-known country of Vietnam. Largely clueless about what their futures hold, the guys set out on a wild all-night spree. But first, the men must compete in the “proud” Marine tradition of the dogfight, a high-stakes contest to see who can scrounge up the ugliest date (the women, of course, are oblivious to the fact that they are the butts of the evening’s heartless entertainment).

Eddie doesn’t question the remarkably cruel custom until he asks appealingly sincere waitress Rose to be his date. Stricken with shame when Rose learns the secret behind the night, Eddie set out to make amends – and an unlikely romance results. 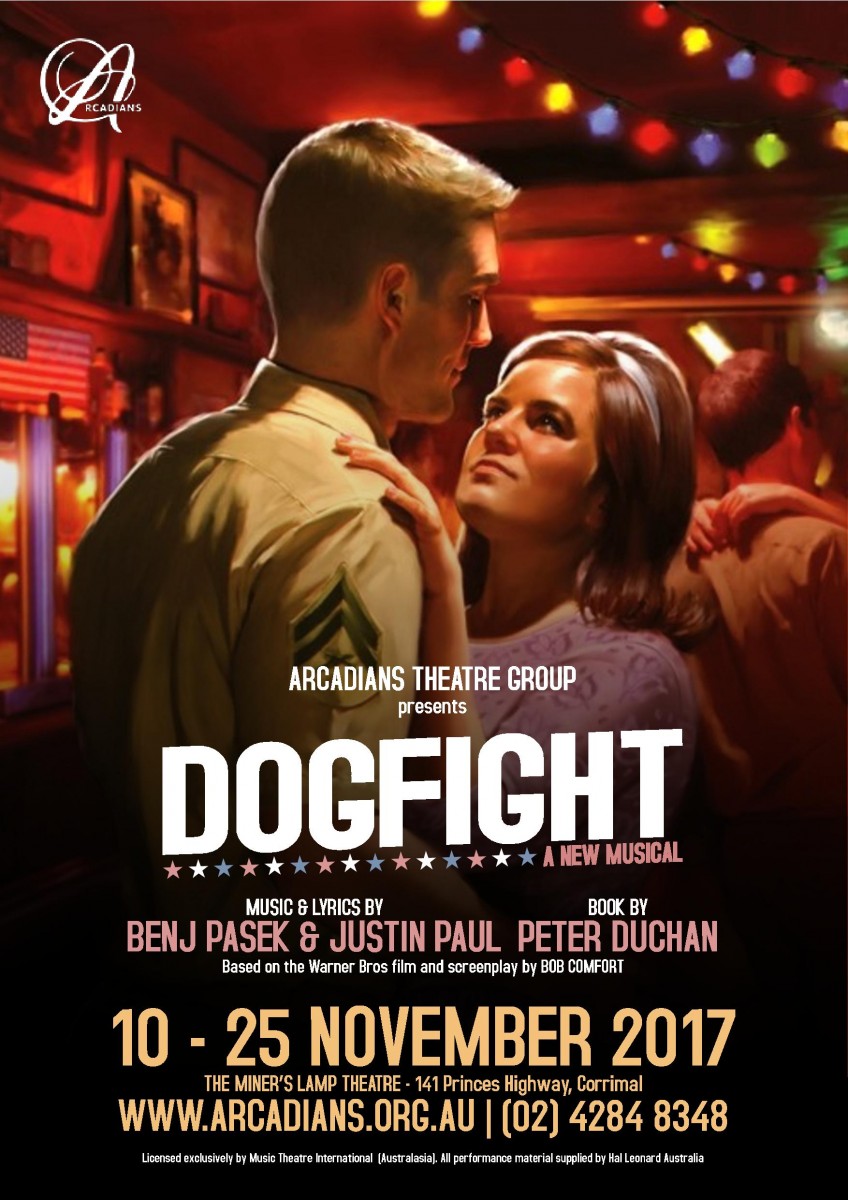