Into the Woods JR opens 1 and 2 May – one weekend only. 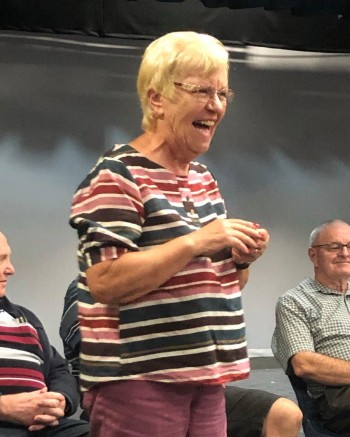 Arcadians Children’s Theatre (ACT) reopens this weekend after a 12 month recess due to “you-know-what”. “Into the Woods JR“ commenced rehearsals under COVID conditions with the kids having to rehearse socially distanced, singing with masks on with the restriction of only 5 singing at one time. The cast were heroes in doing the right thing to get their show on the stage; never giving up that the show would go on. The number of parents able to attend at any one time were limited. Their dedication and support in keeping everyone safe is acknowledged here.

But they did it! An amazing effort by everyone from cast, production team and parents.

ACT has an impressive history having begun their story in 1986; 35 years without a break in production (pandemics not counted). Over 50 productions have been presented to the public over that time. We have had a wealth of talent directing the kids; 8 Directors in total. They have been supported of course by productions teams and administration staff of excellence – teaching our young thespians the craft of live theatre. Many of our ACT Graduates (at age 16 years) have continued onto adult theatre performance and production as well as becoming parents and sending their kids to Saturday afternoon rehearsals. And with you, the public continuing to support our kids, we expect ACT to continue for many years to come.

ACT boasts 4 Life Members of the Arcadians Theatre Group; two of which were inducted at our AGM this March. Lilian Bates was our first Director in 1985 who established the approach to operating the Group which has basically continued (with minor tweaks) until now. Lilian was inducted as Life Member along with the current ACT Director Janne-Maree McNeice, Director for the past many years.

Now that we can welcome 100% capacity of our public supporters to the Miners Lamp Theatre, we look forward to filling the theatre once again. If you haven’t already purchased your tickets to this weekends season; don’t leave it too late. We look forward to your enthusiastic support. 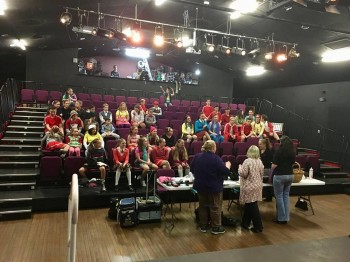